This question has to be asked again and again:

The treatment of the last question requires again and again a return to the origin of the harmonics.
And it necessarily requires a confrontation with the second question.
And that raises the question of the future.
And that can not only mean "how do we best continue?

Our time is in such a sweeping and profound crisis in all essential issues of humanity, that the most beautiful search for the sound of the world alone is no longer sufficient.

Let's start with a brief review, which this time will only serve to recall the three most important historical stations:

The laying of the foundation Stone by Pythagoras.
His discovery of the correspondance between number and sound.
His world view of a sphere harmony in the sense of

"The Wisest is Number" 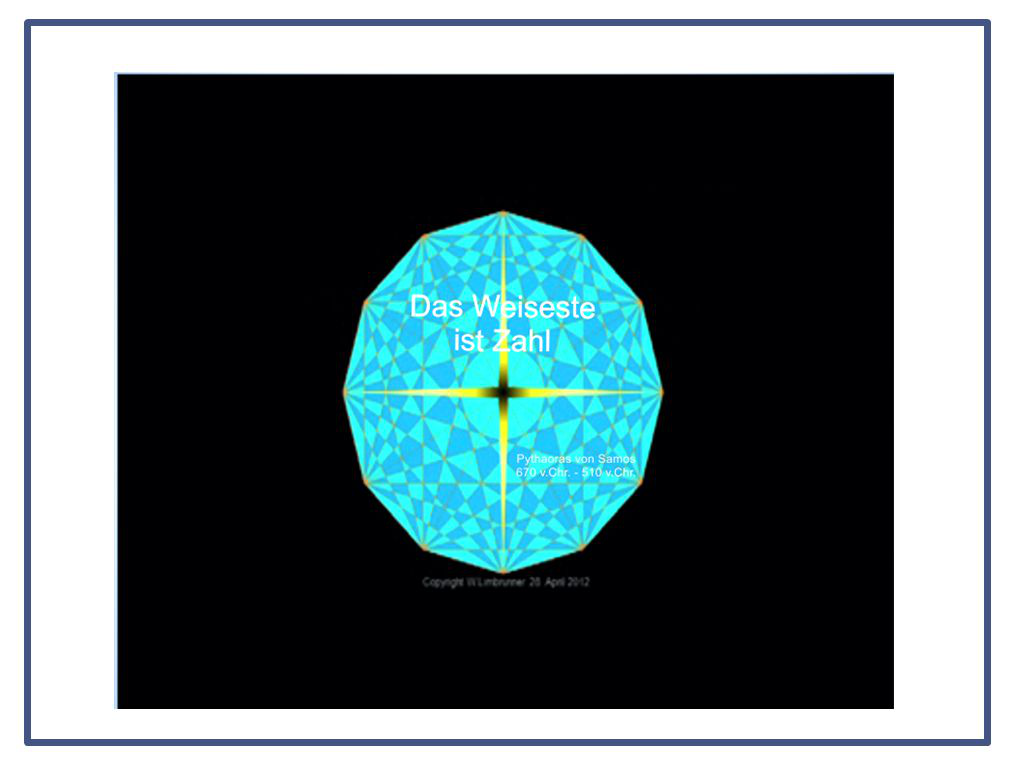 Johannes Kepler's groundbreaking work "Harmonices Mundi" - "The Harmony of the World" (Fig. 3). Leading the way, because Kepler proceeded with the rules of modern science that have been in use since the renaissance: 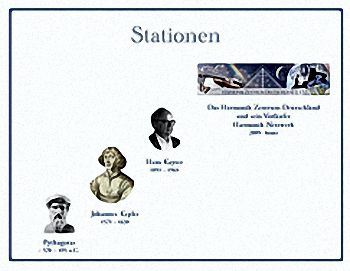 The expansion of the harmonic idea into a harmonious concept of the "sound of the world" by Hans Kayser, which for the first time covers all areas of the cosmos, nature and human life and thought. 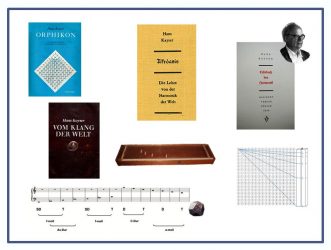 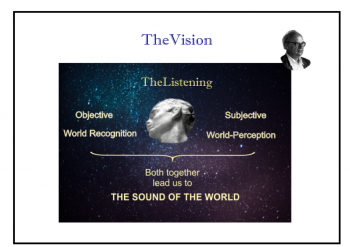 Between these three major steps, however, there are numerous other significant disputes and work to consider. An overview of this is given on this website by the article "History of Harmonics".

And now to: Harmonics today

The concerns of Hans Kayser after his death in 1964 initially led to the „Freundeskreis um Hans Kayser“ (circle of friends around Hans Kayser) in Bern under the direction of Walter Ammann between 1974 to 2008. With his death in 2008, this circle endet its work.

However, as early as 2009, in Darmstadt a successor was founded as the "Harmonik Netzwerk" (Harmonik Network) association, whose legal seat initially remained in Switzerland. But in the same year a new working group within this association was formed in Nuremberg. In 2010 this group organized a first Harmonic Symposium in Nuremberg, followed by three further symposia in the following years until 2014.

This activity finally led to the foundation of a new association in 2015: "Harmonik Zentrum Deutschland e.V." (Harmonics Center Germany), based in Nuremberg. More details on this association may be looked up HERE.

All these steps served to preserve the heritage of Hans Kayser. To think further, and to lead into a now and today life, that faces completely new challenges.

The future of harmonics is now, for the time being, in the hands of the members of the Association “Harmonik Zentrum Deutschland e.V. (Harmonics Center Germany). And we have made a lot of plans:

The continuation of the Pythagorean harmonics in the sense of experiencing the correspondence of number and sound - in all areas of the cosmos and nature.
The implementation of this experience in artistic expression. Especially in a nature-oriented music, performing arts committed to harmonious proportions. And, hopefully, picking up the basic idea of ​​the harmonics of the art of speech.

And finally, finding and building a new philosophy of reverence for life, which again directs the seeker of life to the meaning and orientation of life.