A contribution of Willibald Limmbrunner

A natural number n is called a perfect number
if it is equal to the sum of all its (positive) divisors
except itself.
Wikipedia / Perfect Number

Other regularities of perfect numbers

An overtone is particularly catchy when it has as many partials as possible. The fifth overtone of a fundamental sound sounds strange, or new and unfamiliar, if one plays the notes individually. The frequencies 100 Hz, 200 Hz, 300 Hz and 400 Hz sound particularly harmonious and catchy. The frequency ratios octaves (1: 2: 4) and fifths (2: 3) are found. The fifth overtone with 500 Hz sounds new, compared to the previous unfamiliar. The big third with the frequency ratio 4: 5 is new, since the divisibility of the number five is small. Five is also a prime number. The divisor sum σ * (5) = 1.

Musically, the intervals octave and fifth move in the pentatonic. In terms of music history, the occurrence of the Grand Third, for example with the Renaissance, is a turning point. The thirds are the beginning of the music of the fifth-thirds system in which we still make music today. In todays music septims are not natural septims with the frequency ratios 6: 7: 8, but they are integrated in the fifth-thirds system, for example as a diatonic seventh H in the principal triad GHD (major third + minor third, frequency ratio 4: 5: 6).

The first perfect number six plays a prominent role in the harmony of Hans Kayser. He named the first intervals of frequency ratios 1: 2: 3: 4: 5: 6, Senarius. Kayser said it was the harmonic-sounding intervals, while the Septime 6: 7 was disharmonious. However, listening to 6: 7: 8, or about 5: 6: 7, sounds harmonious as well (harmony theory after Johannes Kotschy).

The hexagonal geometry of Senarius as a basic structure of the world.
The regular polygon with seven vertices can not be constructed with a compass and a ruler, so the angular functions of the seven-part circle are not rational but transcendental numbers. In this respect, the seven forms a natural boundary in the symmetry considerations of the circle. This corresponds to the quintet system with its constituent intervals (1: 2: 3: 4: 5: 6), without this being intended by the music theorists. Our music, which we operate from about the Enlightenment, moves in this context below the seven. The hexagon holds the seven in its midst, in a way unrevealed, hidden. 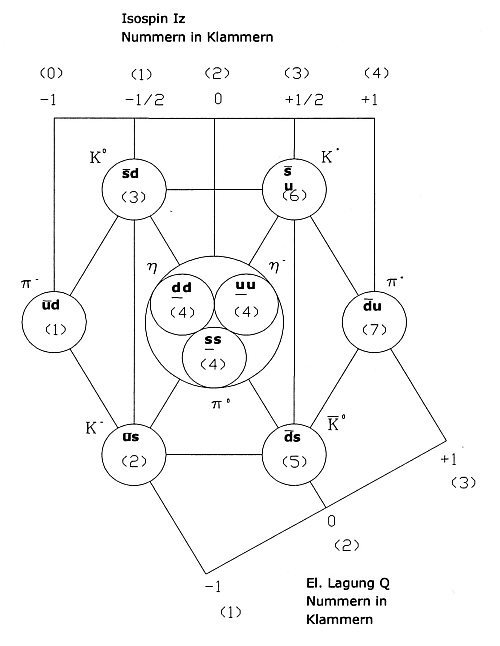 Indeed, even quantum physics discovered, with the symmetries of the quarks, the hexagonal structure as a fundamental symmetry of the heavy particles. So those particles, which i.a. form the nucleus. The above figure shows the symmetries of baryons and Mesons. 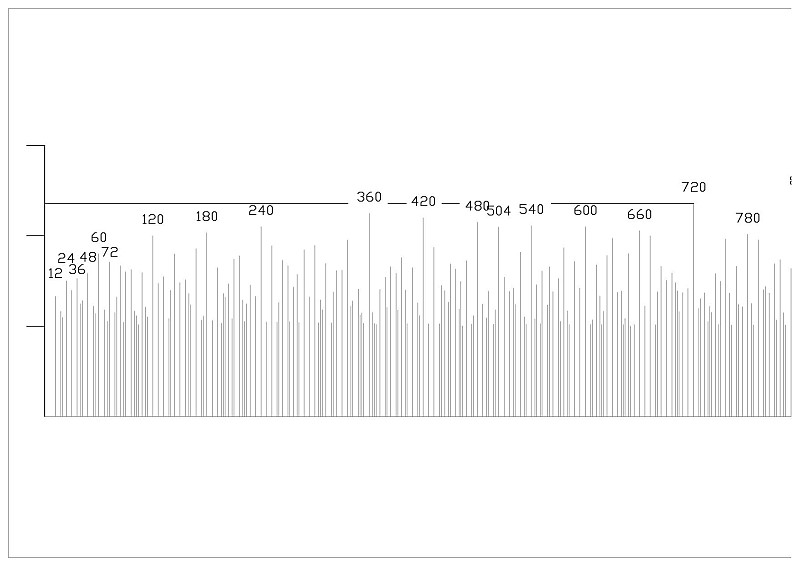 Number and Harmony: So perfect and abundant numbers, which have many dividers, are especially catchy as overtones, contain many partials, which resonate and resonate strongly with their partials. In this way one can see how elementary number theory and harmony interact. The quotation from the hearings of Pythagoras shows its concrete meaning in this example:

What is the Wisest? Number. 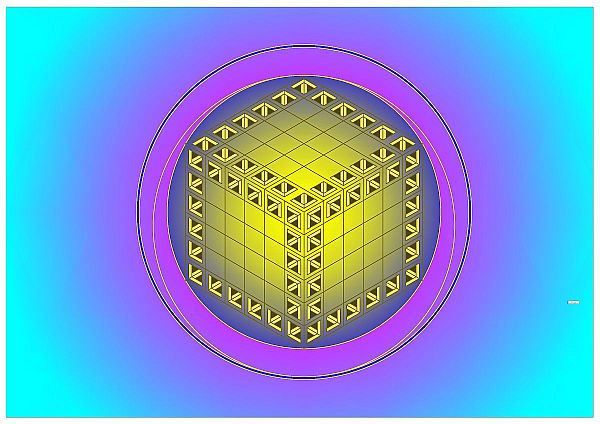