The human being in the cosmos in a harmonic view
Hans G. Weidinger

The self-understanding of man to his position in the cosmos is treated from the beginnings in the ancient Greek culture to this day in four historical sections:

◾Cradle and departure
◾ Grope and search
◾ Self-Reflection
◾And today?

The presentation can be downloaded HERE (in German).

The author finds, in addition to the already known from his earlier lectures, geometric figures by the inclusion of a third planet more highly symmetrical figures.

Finally, the proportions of the Golden Ratio also appear in further studies.

Details can be found in the summary of the author, which can be downloaded HERE (in German).

Harmonics in the microcosm
Willibald Limbrunner

Unfortunately there are no presentation documents available. The author points to:

For thousands of years, people have tried to fathom a harmony of the spheres by linking relationships between the dimensions and processes of the observed stars with numerical laws in music. However, the even-tempered tuning introduced in the course of the baroque makes it difficult to reproduce the astronomically found number ratios, or narrow them down to a small interval range. The attempt to counteract in recent times developed natural sound systems with their extended sound areas.

On the other hand, the results of recent astronomy have led to an increasingly complex picture of processes in a seemingly unmanageable, vast cosmos – right up to the „big bang theory“ of the origin of the world. Nevertheless, in recent research results, such as on the background radiation in the cosmos, also new approaches to harmonically interpretable contexts.

The manuscript of the entire lecture can be downloaded HERE (in German).

The author first presents his basic thoughts on his motto „Number Theory + Geometry = Philosophy“ in front. At the center of these considerations are geometric figures (circle, triangle, quadrilateral, other polygons), which are interpreted as movement patterns or waveforms. They are used instead of numerical fractions in the Pythagorean Lambdoma.

The results of the resulting investigations range from simple polygons to simplices in higher dimensions. The slides of the presentation can be viewed and downloaded here as a pdf file.

A better understanding of these designs will be achieved by going to this website directed by the author.

The presentation deals with the composition „Harmonice Mundi Iovis“, which Günter Bergmann (1910 – 1998) composed in 1980 on behalf of the German Astronomical Society for the 350th anniversary of the death of Johannes Kepler. Martin Spindler presented and explained excerpts of this work on the basis of own arrangements. In the downloadable article „Harmonice Mundi Iovis“ Martin Spindler explains the structure and content of the work.

To better understand and reproduce this music, Hartmut Warm performed animations depicting the movements of the four moons Io, Europa, Ganymede and Kallisto around the planet Jupiter.

An overview of the life and work of Günter Bergmann is to find HERE (in German).

AWARD OF THE GÜNTER BERGMANN PRIZE

Following this presentation, the GÜNTER BERGMANN PRIZE was awarded to Hartmut Warm.
The laudation by Martin Spindler can be viewed and downloaded HERE (in German)

A summary is available HERE (in German)

Harmonical Potentials in the Human Community
Biljana Papazov-Ammann
The author is concerned with a harmonious world view, which was actually already represented by Hans Kayser, and which she philosophically describes as „a participatory epistemology“ and explains.

The article „Harmonic potentials in human society“ downloadable HERE (in German).
It is about „the ability to reflect on the world within us and around us and to find meaning for us“

Using the example of a dance improvisation by her daughter Sophie, this idea should be clearly experienced.

Harmonics between Immanence and Transcendence
Alexander Gollwitzer
This lecture had to be canceled due to illness of the author.

Art and harmonics in the focus of philosophy
Carl M. Hofbauer
There is no documentation available 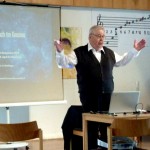 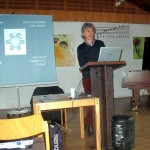 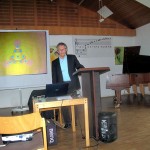 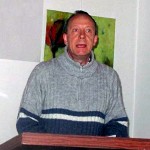 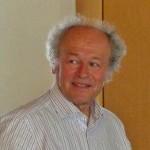 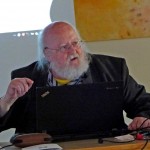 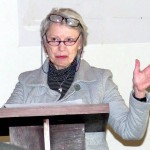 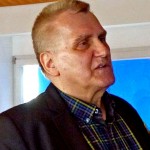 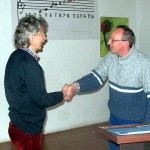 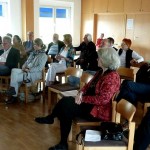