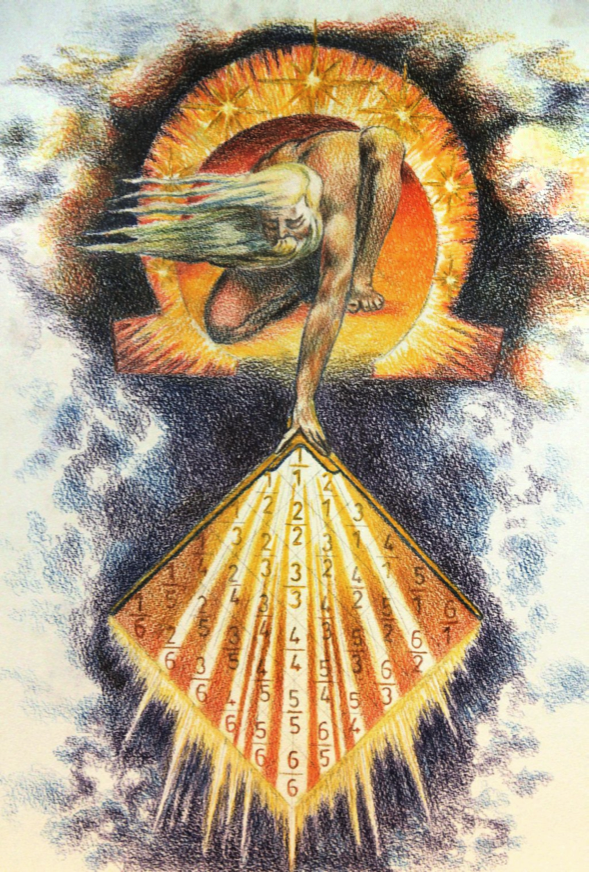 A contibution of  Willibald Limbrunner

The left-hand drawing by Willibald Limbrunner shows an allegory of creation based on the original by William Blake’s „The Old One of Days“ in 1794. This title design for a fontis sketch represents the creator god with a pair of compasses. God as architect. Willibald Limbrunner has taken up this idea to expand the drawing. The Creator God is now in a flaming omega, while his tool (the compass) is integrated into a flaming Alpha and (opposite) Lambda. In this alpha and the lambda the lambdoma is drawn. Anyone who delves deeper into the secrets of this diagram will grasp the deep significance of this allegory.

The Lambdoma is also the most important diagram of harmonic research. It shows a 45 degree tilted coordinate system whose X and Y axes each contain the number line to infinity. 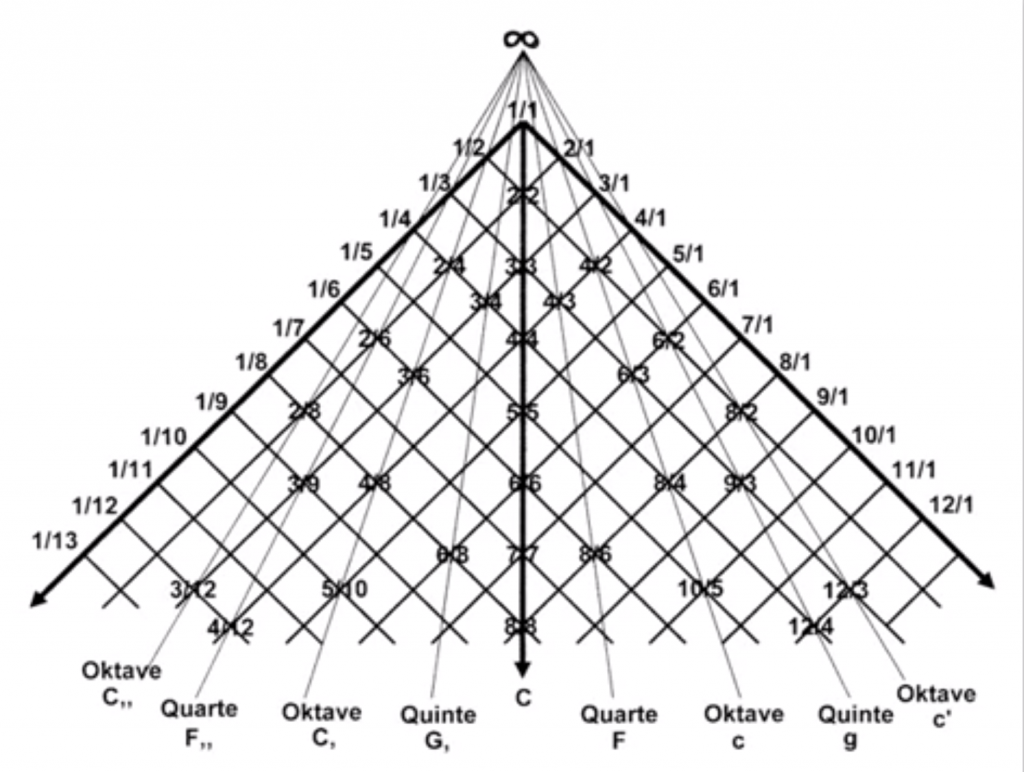 The individual positions within the coordinate system show the resulting numerical fractions.
The eponymous triangular representation of Lambdomas (named after the Greek letter Lambda) is intended to illustrate its inherent harmonic symmetry.

HERE is a detailed contribution to the topic Lambdoma (in German)